This paper develops a new neural network optimizer that aims to combine the fast convergence and stability of adaptive methods such as Adam and the generalization power of SGD.

That a small tweak to the Adam algorithm may help improve its generalization ability.

First-order gradient descent optimization with backpropagation is the standard way of training deep neural networks. However, there are various algorithms for doing that. The two most popular optimizers in 2020 are the basic SGD (stochastic gradient descent), which may incorporate additional features such as momentum, and the even more widely used Adam (adaptive moment estimation), which computes individual adaptive learning rates for different parameters from estimates of first and second moments of the gradients.

A good overview of stochastic gradient descent (written in 2014, before Adam was introduced) can be found in Geoffrey Hinton’s lectures at the University of Toronto. One particular insight given there is that in the vicinity of an error function minimum, where the surface of this function can be approximated as an elliptical bowl with respect to any pair of parameters, the direction of the steepest descent only points towards the minimum if the ellipse is a circle. When the ellipse is elongated, the gradient is actually larger in the shorter dimension (in which we want to move less) and smaller in the longer direction (where a larger move is required). This discrepancy can either lead to instability of gradient descent if a larger learning rate (the proportionality coefficient between the current gradient and the amount of change applied to the optimized parameters) is used or require longer training and extra attention to learning rate schedules. 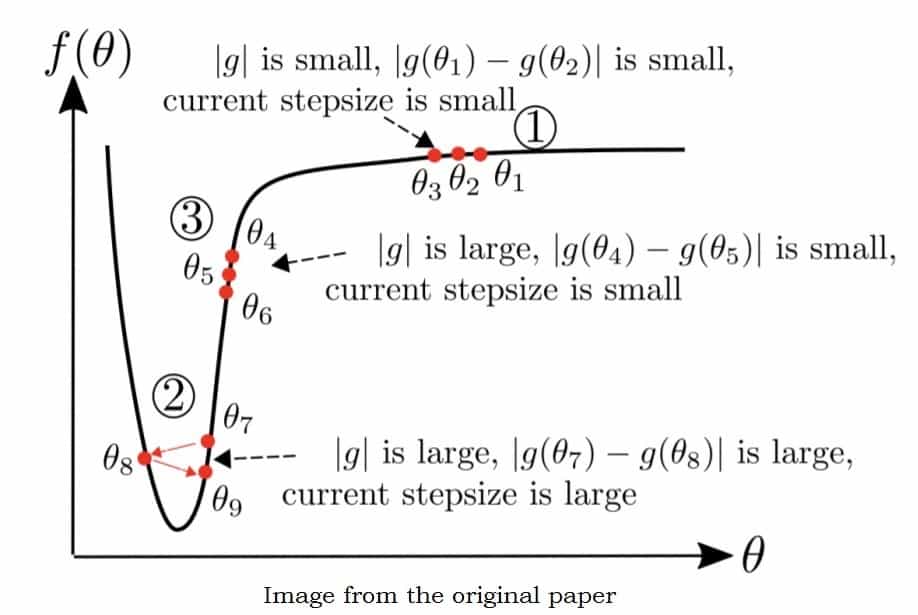 The authors provide some mathematical bounds on the convergence of AdaBelief and analyze its performance on common datasets such as CIFAR-10, CIFAR-100, and ImageNet using standard ResNet, DenseNet, and VGG network configurations. It does seem from the results that the new optimizer shows generalization that is similar to SGD and is superior to Adam. The authors look at other networks as well, such as LSTMs on the Penn Treebank dataset and generative adversarial networks such as WGAN. In all cases, the results show fast and stable convergence combined with good generalization.

With the current state of deep learning optimizers, it may not be easy for new arrivals to capture significant attention. For most practical tasks, Adam seems to be good enough, while those wanting superior accuracy tend to use SGD at the expense of longer training. Several recent promising optimizers, such as AdaBound and RAdam, have only been adopted by a small share of practitioners. Thus, it remains to be seen whether AdaBelief will become widely used by the deep learning community, but it seems like an interesting and promising addition to the existing range of deep neural network optimizers.